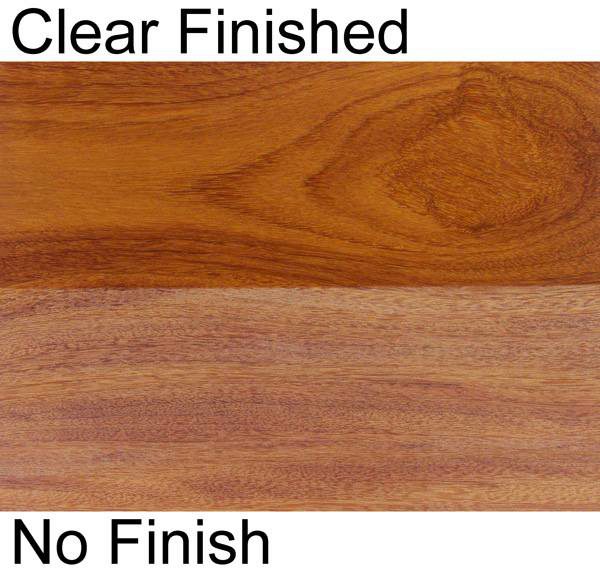 The sapwood of cumaru is very similar to the heartwood, which ranges from tannish to deep brown in color. Over time the color of Brazilian Teak (as it is sometimes referred to) will “flatten out” slightly. The species has an irregular, slightly interlocked grain and is coarse and wavy in texture.

Cumaru is resistant to insect attack and decay. Cumaru can take some time to dry properly due to its propensity to shrink when freshly cut, but does have good stability characteristics once dry.

Because it is such an impressively dense wood, cumaru can provide a level of resistance to cutting blades. Predrilling is suggested as splitting can occur with the dried form of this species. Cumaru sands well but can take some effort to finish as it resists treatment. The dust arising from working cumaru wood flooring has been known to cause a slight allergic reaction on contact with skin, and as such some care should be taken in installing and preparing this product.

NOTE: Once you receive your Cumaru stair parts please seal the ends ASAP, as the density and oil content of the wood makes it very susceptible to cracks.